In Radisson SAS Hotel in Berlin you will find a gigantic cylindrical aquarium elevator that first opened in 2003. It’s so large that it’s actually the largest of that sort in the world, and it’s called AquaDom. It is filled with 900,000 liters of water, stands 25 meters tall and is 11 meters in diameter. Inside there are 56 different fish species, a total of 2600 fish which you’ll never get bored watching because of their different sizes, shapes, colors and behaviour. It also contains a lot of beautiful corals and rock formations – like a sea world of its own! When taking the elevator you have really something to experience and people just come to the hotel to take one ride and get some awesome pictures. It was quite expensive to build it; about 12.8 million euros. architect Sergei Tchoban designed it and it’s really extravagant. When entering the lobby where it stands you almost have a feeling that it will drop down on you but there are a 9 meters long concrete foundation that holds it up, so no worries. When they have to clean the tank and feed the fishes they send in a couple of professional divers to do the job. Now that you have seen a pretty large aquarium how about taking a look at the world’s smallest baby fish aquarium. 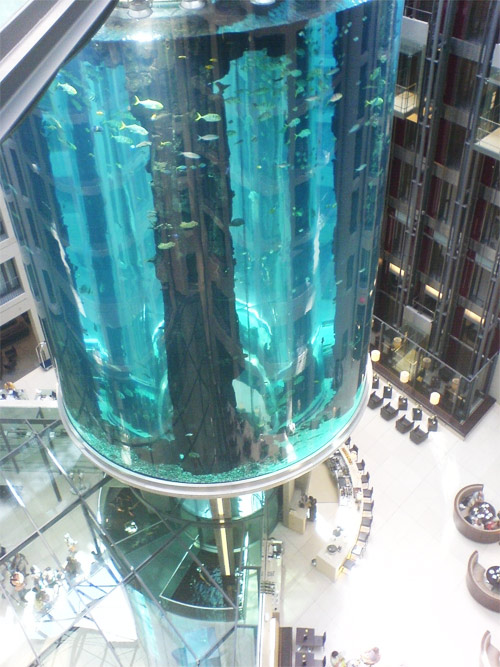 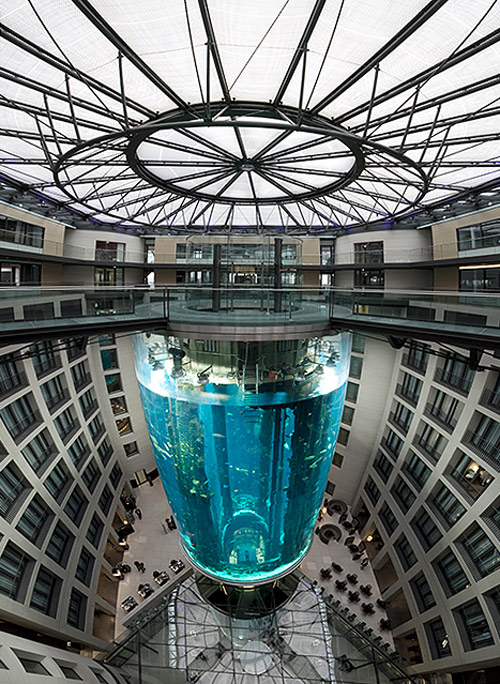 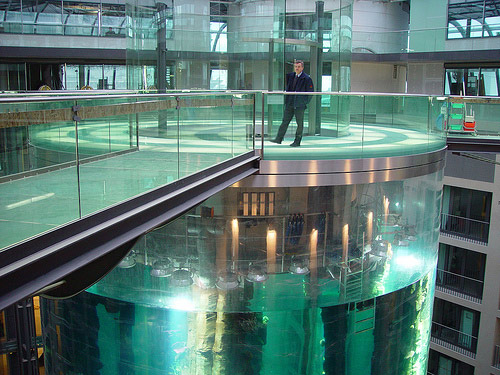 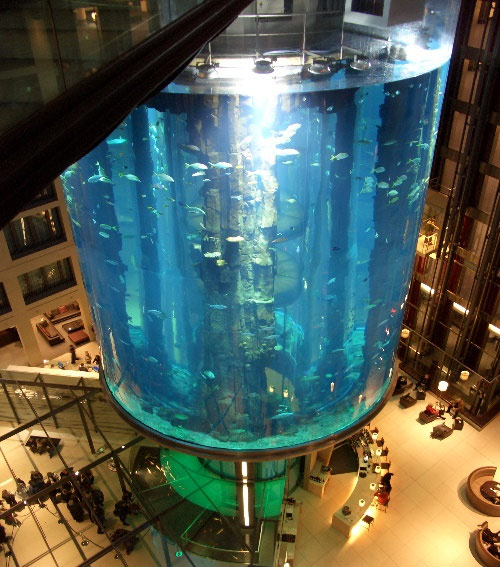 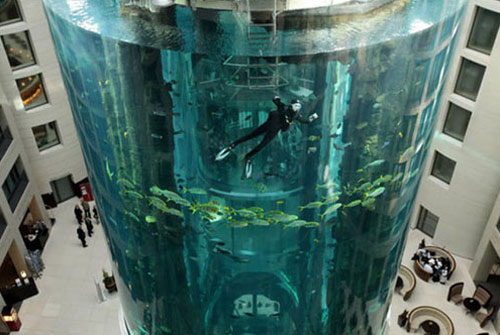 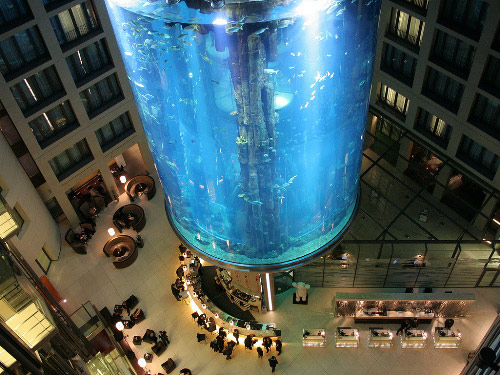 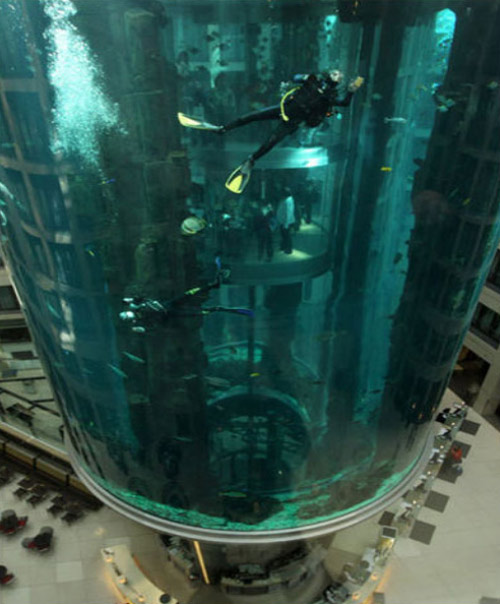 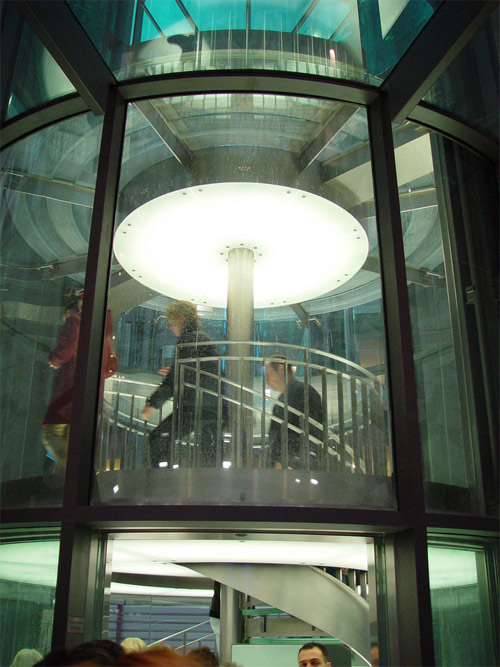