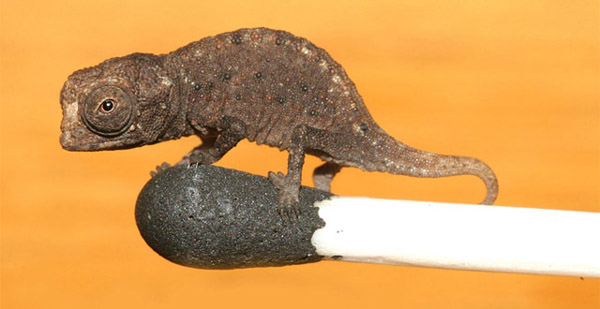 Lead researcher Frank Glaw said the team already had experience finding tiny lizards in Madagascar, “but it was also good luck.”
The team searched for the tiny lizards under the cover of darkness, using headlamps and flashlights to seek out the sleeping chameleons. All four species are active during the day, and at night climb up into the branches to sleep. 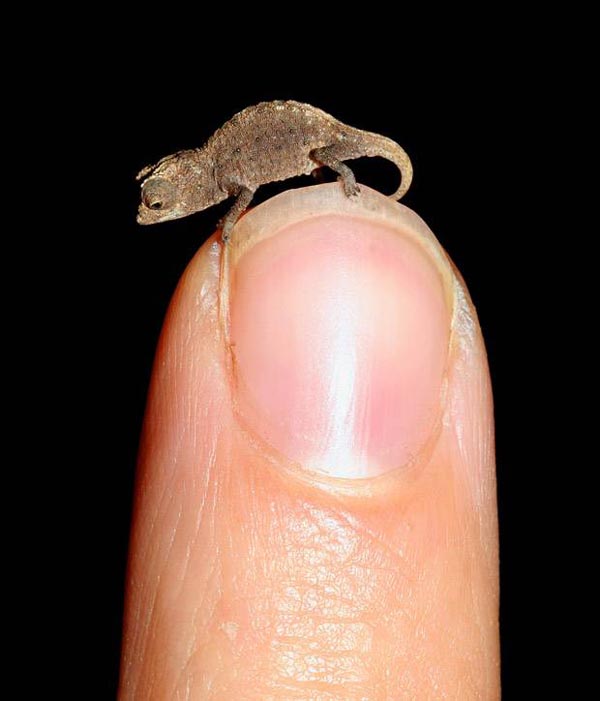 The newly discovered chameleons are only found in an area just a few square kilometers in size. Scientists believe they might be especially sensitive to habitat destruction.
Photos: 2012 Glaw et al.