A freelance marine biologist Caine Delacy and his wife Mika Woyda were swimming off the coast of Cabo Pulmo, Mexico, when they were surrounded by thousands of fish. Caine snapped the breath-taking images of him and his wife in scenes he revealed he had never witnessed in 20 years of diving. 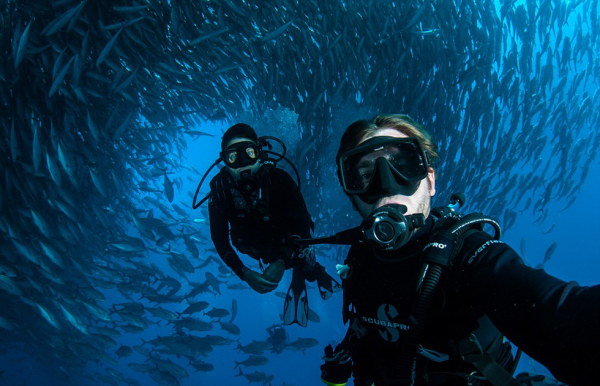 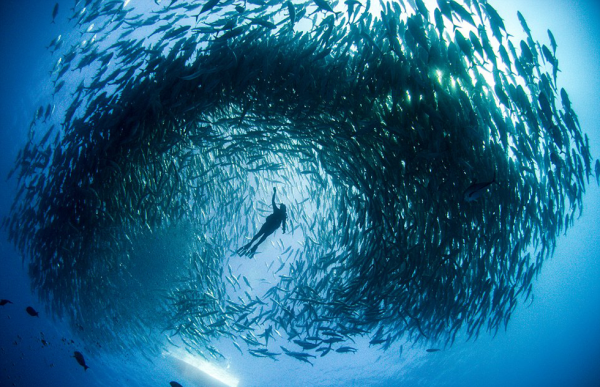 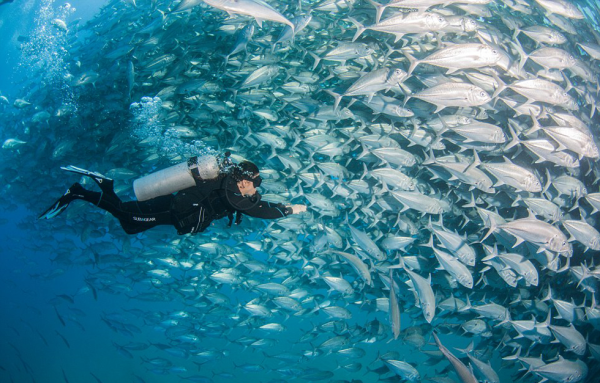 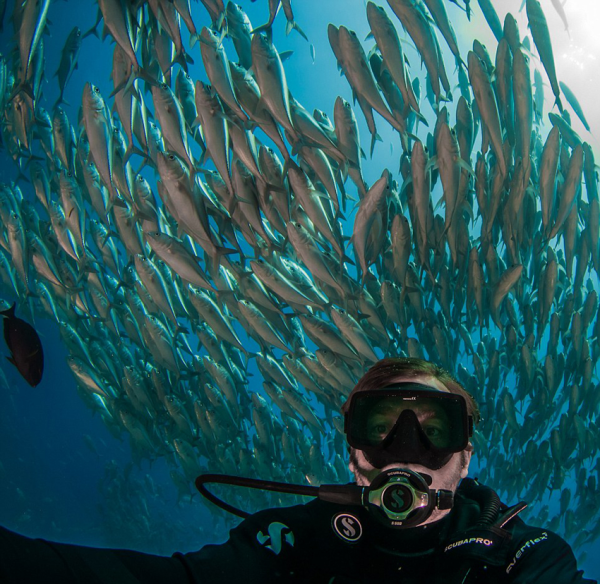