The phrase “Spring forward, Fall back” helps people remember how Daylight Saving Time affects their clocks. At 2 a.m. on the second Sunday in March, we set our clocks forward one hour ahead of Standard Time (“Spring forward”). We “Fall back” at 2 a.m. on the first Sunday in November by setting our clock back one hour and thus returning to Standard Time. 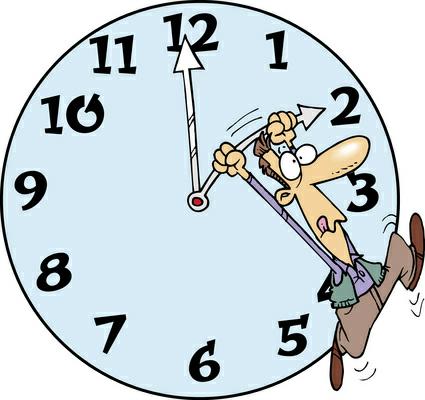