The most expensive coin in the world has been sold by auction at the Dorotheum for 4.05 million U.S. dollars
June 26, 2010 admin Articles 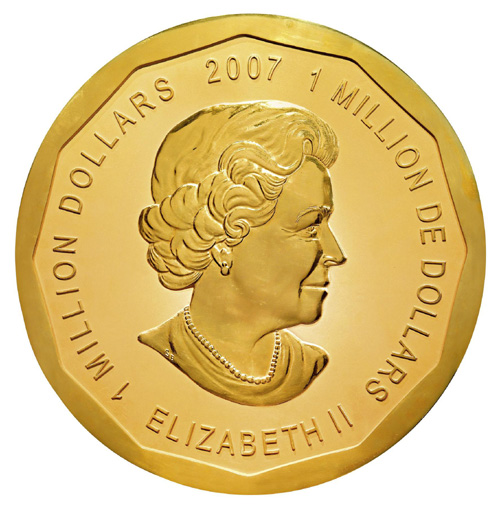 The legal-tender coin was introduced on 3 May 2007 by the Royal Canadian Mint with a face value of CAN$1 million (US$900,375; £451,585). The high price achieved by the largest gold coin in the world of 4.05 million U.S. dollars was largely influenced, as expected, by the currently very high price of gold.
The coin was purchased by ORO DIRECT, the largest precious metal trading company on the Spanish Peninsula.